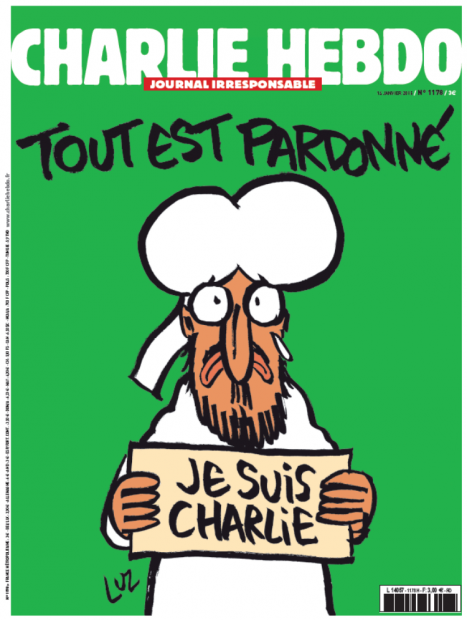 Je suis Charlie, a phrase that became popular across the globe following the attacks, means “I am Charlie.” The other French phrase on the cover apparently means, “All is forgiven.”

Last week’s deadly attack on Charlie Hebdo’s offices that killed 12 people is believed to have been revenge for the French satirical publication’s mockery of Islam’s Prophet Muhammad and France’s military involvement in Muslim countries.