TOP IMAM: MUSLIM MIGRANTS SHOULD BREED WITH EUROPEANS TO “CONQUER THEIR COUNTRIES” 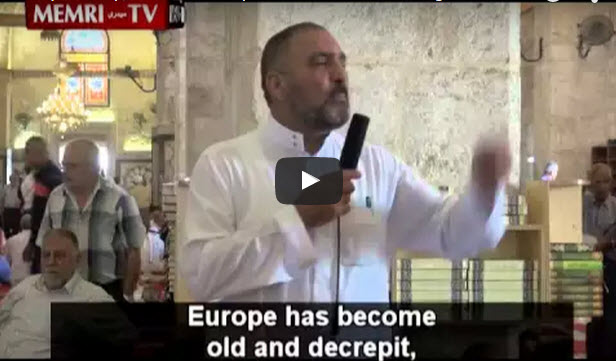 Speaking at the Al-Aqsa Mosque in Jerusalem, Ayed stated that European countries were not rolling out the red carpet for migrants because they were compassionate, but because Europe was in dire need of a new source of labor.

“Europe has become old and decrepit and needs human reinforcement….they are not motivated by compassion for the Levant, its people and its refugees,” said Ayed, adding, “Soon, we will trample them underfoot, Allah willing.”

“Throughout Europe, all the hearts are enthused with hatred toward Muslims. They wish that we were dead, but they have lost their fertility, so they look for fertility in our midst,” he added.