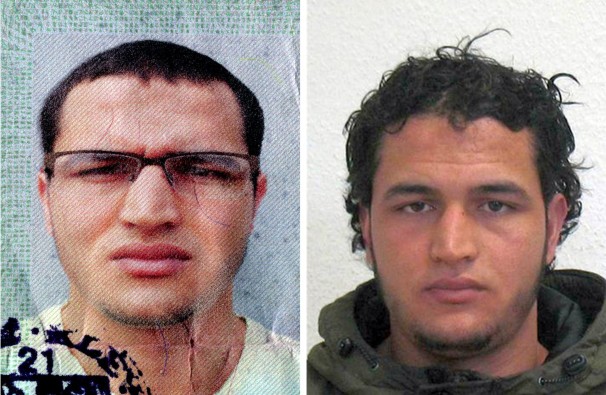 BERLIN — The prime suspect sought in the deadly attack on a Berlin Christmas market — a 24-year old Tunisian migrant — was the subject of a terrorism probe in Germany earlier this year and was not deported even though his asylum bid was rejected, a senior official said Wednesday.

The suspect — who went by numerous aliases but was identified by German authorities as Anis Amri — became the subject of a national manhunt after investigators discovered a wallet with his identity documents in the truck used in Monday’s attack that left 12 dead, two law enforcement officials told The Washington Post.

Meanwhile, a clearer portrait took shape of the suspect, including accusations that he had contact with a prominent Islamic State recruiter in Germany.

German authorities issued a 100,000 euro ($105,000) reward for information leading to his capture, warning citizens not to approach the 5-foot-8, 165-pound Amri, whom they described as “violent and armed.”

His record, however, further deepened the political fallout from Monday’s bloodshed — pointing to flaws in the German deportation system and putting a harsh light on Chancellor Angela Merkel’s humanitarian bid to open the nation’s doors to nearly 1 million asylum seekers last year.