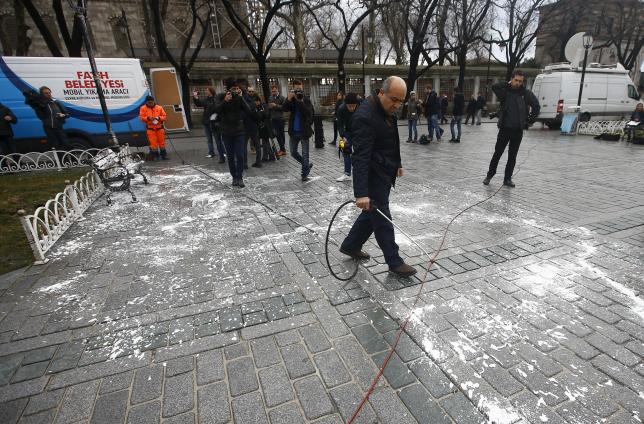 A suicide bomber thought to have crossed recently from Syria killed nine German and one Peruvian tourists on Tuesday in Istanbul’s historic Sultanahmet Square, a major tourist draw, in an attack Turkey blamed on Islamic State. Fifteen people were also hurt in the attack.