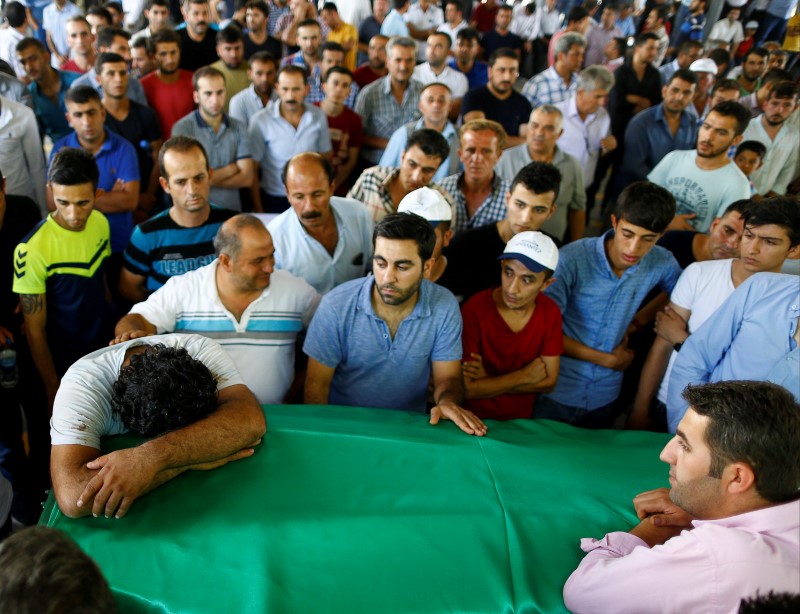 A suicide bomber aged between 12 and 14 carried out the attack on a wedding party in the Turkish city of Gaziantep on Saturday that killed at least 51 people, the president said.

The attack was the deadliest in a series of bombings in Turkey this year, and President Tayyip Erdogan said Islamic State was likely behind it.

“Initial evidence suggests it was a Daesh attack,” Erdogan said in Istanbul on Sunday, using an Arabic name for the hardline Sunni Islamist group. He said 69 people were in hospital and 17 were “heavily injured”.

A destroyed suicide vest was found at the blast site, officials said.

Islamic State has been blamed for other similar attacks in Turkey, often targeting Kurdish gatherings in an effort to inflame ethnic tensions. The deadliest was last October, when suicide bombers killed more than 100 people at a rally of pro-Kurdish and labor activists in Ankara.