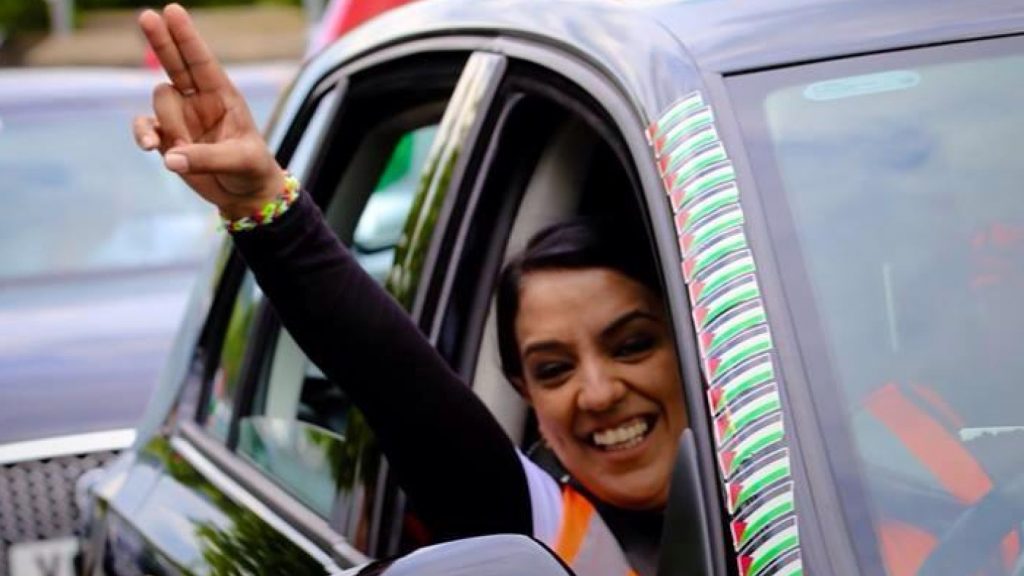 Britain’s main opposition Labour Party has suspended lawmaker Naz Shah for making anti-Israel posts on social media before she was elected to Parliament.

The party says Shah is barred from taking part in the party’s activities.

Shah has faced strong criticism for comments, including a 2014 Facebook post in which she shared a graphic that showed the outline of Israel superimposed on a map of the U.S. under the headline “Solution for Israel-Palestine Conflict – Relocate Israel into United States.”

Shah “wholeheartedly” apologized Wednesday for comments that “caused upset and hurt to the Jewish community.” She had already resigned as an aide to Labour economy spokesman John McDonnell.