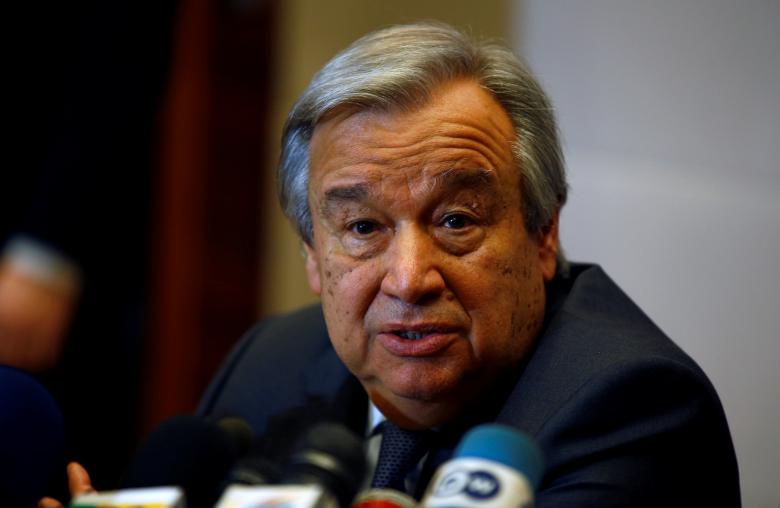 “Countries have the right, even the obligation, to responsibly manage their borders to avoid infiltration by members of terrorist organizations,” Guterres said on Tuesday.

“This cannot be based on any form of discrimination related to religion, ethnicity or nationality because that is against the fundamental principles and values on which our societies are based.”

Guterres did not mention Trump or his policies by name. The UN chief had made similar comments on the weekend while attending the Africa Summit in Ethiopia and on Friday at events commemorating victims of the Holocaust.

A diplomat at the UN, speaking on condition of anonymity, said the statement was intended as a commentary on Trump’s actions.

“Blind measures, not based on solid intelligence, tend to be ineffective as they risk being bypassed by what are today sophisticated global terrorist movements,” Guterres said in his Tuesday statement.