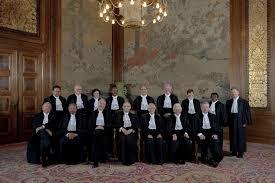 THE HAGUE — The United Nations’ top court on Wednesday ordered the United States to lift sanctions on “humanitarian” goods to Iran that President Donald Trump re-imposed after pulling out of the 2015 Iran nuclear deal. The International Court of Justice (ICJ) unanimously ruled that Washington “shall remove by means of its choosing any impediments arising from the measures announced on May 8 to the free exportation to Iran of medicines and medical devices, food and agricultural commodities” as well as airplane parts, said judge Abdulqawi Ahmed Yusuf.

The court said sanctions on goods “required for humanitarian needs… may have a serious detrimental impact on the health and lives of individuals on the territory of Iran.”

U.S. sanctions on aircraft spare parts also had the “potential to endanger civil aviation safety in Iran and the lives of its users”.

Mr. Trump slapped a first round of sanctions on Iran in August after pulling out of the historic deal aimed at curbing Tehran’s nuclear ambitions in May, to the dismay of his European allies. A second round of punitive measures is due in November.