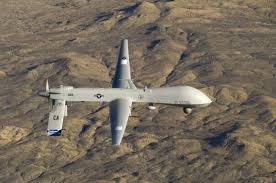 The leader of Islamic State’s branch in Afghanistan and Pakistan was killed in a U.S. drone strike on July 26, a Pentagon spokesman said on Friday after the Afghan ambassador to Pakistan announced the news to Reuters.

The death of Hafiz Saeed Khan is a blow to efforts by Islamic State – also known as ISIS or Daesh – to expand from its heartlands in Syria and Iraq into Afghanistan and Pakistan, already crowded with jihadist movements including the Taliban and al Qaeda.

It is the second U.S. killing of a prominent militant in the region in months. In May, a U.S. drone killed Afghan Taliban leader Mullah Akhtar Mansour in a strike in Pakistan.

Despite that, Afghanistan’s 15-year-old war grinds on with no clear victory in sight. Taliban fighters have been threatening at least two provincial capitals this summer, in Helmand and Kunduz, and a U.S. government report said Afghan forces have lost 5 percent of territory this year.

In terms of its own territory, Islamic State has been largely confined to a handful of districts in Afghanistan’s Nangarhar province, which borders Pakistan, where IS militants – mostly defectors from the Taliban – are blamed for raiding villages and government outposts.