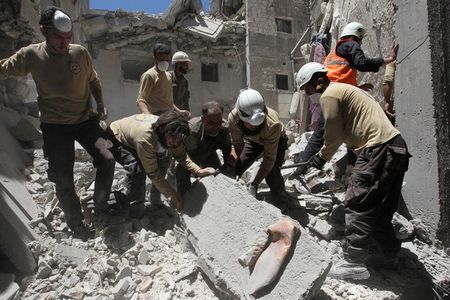 The United States military said the coalition stopped the attacks against what it had believed to be Islamic State positions in northeast Syria after Russia informed it that Syrian military personnel and vehicles may have been hit.

The United States relayed its “regret” through the Russian government for what it described as the unintentional loss of life of Syrian forces in the strike, a senior Obama administration official said in an emailed statement.

Pentagon press secretary Peter Cook said in an emailed statement that Russian officials did not voice concerns earlier on Saturday when informed that coalition aircraft would be operating in the strike area.

The 15-member Security Council met on Saturday night after Russia demanded an emergency session to discuss the incident and accused the United States of jeopardizing the Syria deal.