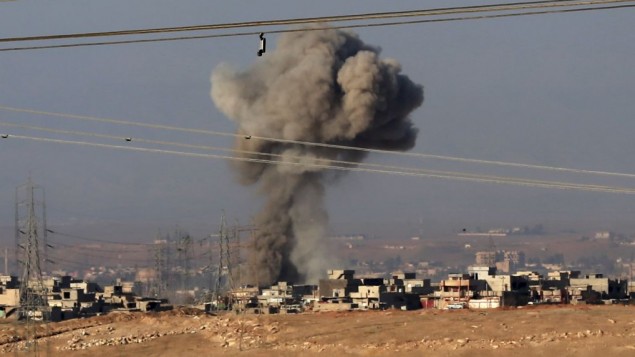 BEIRUT (Reuters) – U.S.-led warplanes on Wednesday blocked a convoy of Islamic State fighters and their families from reaching territory the group holds in eastern Syria and struck some of their comrades travelling to meet them, a coalition spokesman said.

The strikes were aimed at stopping an evacuation deal for Islamic State fighters to leave their enclave on the Lebanon-Syria border for areas they hold in eastern Syria, arranged by the Lebanese Hezbollah group and the Syrian army.

It was part of a ceasefire agreed after offensives last week by the Lebanese army on one front, and the Syrian army and Hezbollah on another, that pushed Islamic State back into a small part of its enclave straddling the frontier.

The deal has been criticised by the coalition and by Iraq, whose army is also fighting Islamic State in areas contiguous with the eastern Syria region to which the convoy was headed.