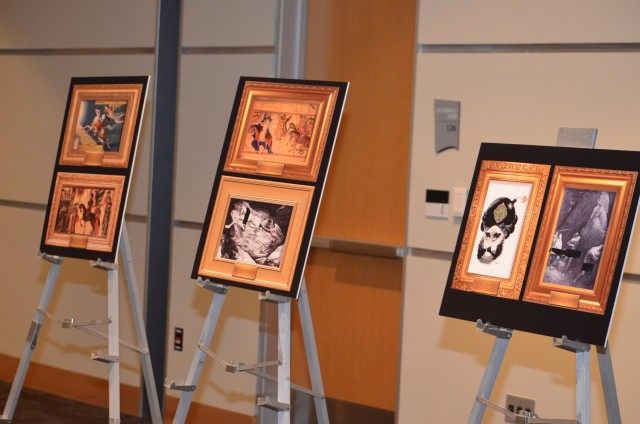 The Daily Mail and the Times showed images of security officials guarding some of the cartoons, but the cartoons were covered with black boxes. Meanwhile, other outlets have not even shown censored images.

Sky News and the BBC, for example, both showed a man painting one of the cartoons in their report, but only the back of his easel was visible.