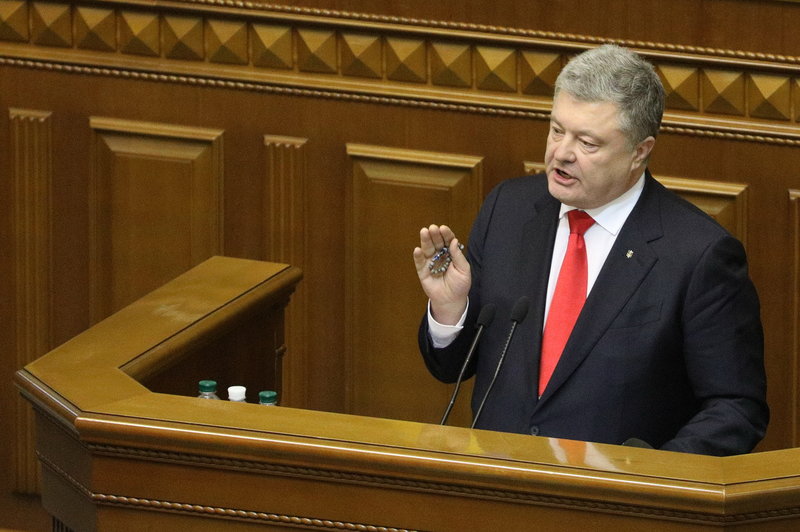 Ukraine’s parliament has agreed to impose martial law in 10 of its provinces to combat “growing aggression from Russia,” after a weekend confrontation in waters off the disputed Crimean Peninsula led Russia to seize three Ukrainian navy vessels.

After five hours of debate on Monday, parliament voted to support the motion proposed by President Petro Poroshenko to impose martial law for 30 days.

Poroshenko told lawmakers that the special powers will only affect regions of Ukraine bordering Russia, Belarus and Moldova’s “breakaway republic” of Trans-Dniester, which the president has identified as in the front-line of any potential Russian strike, according to the Associated Press.

“Martial law will include a partial mobilization and strengthening of the country’s air defense. The measures before parliament also included vaguely worded steps such as ‘strengthening’ anti-terrorism measures and ‘information security,'” the AP reports.