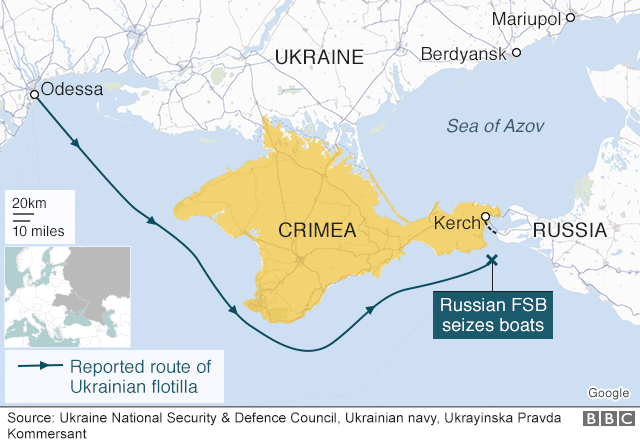 Russian President Vladimir Putin has accused Ukraine’s leader, Petro Poroshenko, of trying to boost his ratings ahead of 2019 elections with a naval confrontation off Crimea.

“He had to do something to make the situation more tense,” Mr Putin told an investment forum on Wednesday.

Ukraine has condemned the incident as a Russian “act of aggression”.

The EU has expressed “utmost concern about the dangerous increase of tensions” and said Russia’s use of force was “unacceptable”, but did not mention any new sanctions.