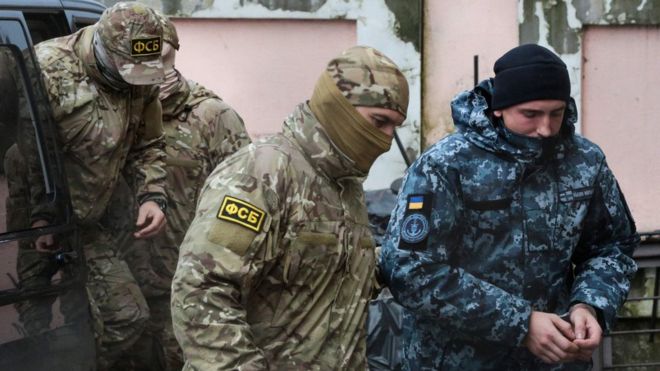 US President Donald Trump says he may cancel a meeting with Russian President Vladimir Putin following a maritime clash between Russia and Ukraine.

Mr Trump told the Washington Post he was waiting for a “full report” after Russian ships fired on and seized three Ukrainian boats on Sunday.

Ukraine described it as an “act of aggression” but Russia said the ships had illegally entered its waters.

Martial law has been imposed in parts of Ukraine, in an unprecedented move.

Meanwhile, the US has urged European states to do more to support Ukraine.