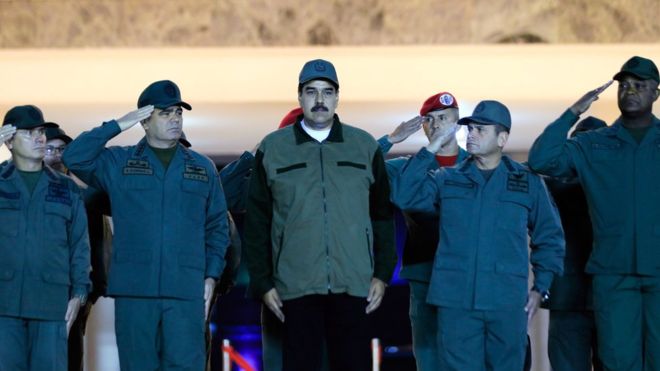 Venezuelans woke up to a show of military strength broadcast on national TV after two days of opposition protests.

President Nicolás Maduro, surrounded by troops at the Caracas military base, held forth on the theme of absolute loyalty amidst claims that some in the high command were prepared to turn on him.

“To the traitors, detain them,” he intoned. “To the coup plotters – reject them and detain them as well. And to the armed forces: (they are) united, cohesive, under the command of our laws and constitution.”

Trump administration officials had said he’d been in negotiations with the opposition but, if so, not anymore. He rejected those who sought to “buy us with dishonest offers” as though military officers were “mercenaries.”