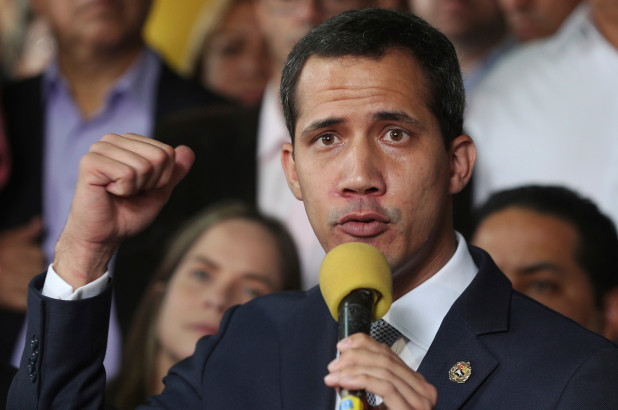 Venezuelan opposition leader Juan Guaidó has said he is considering asking the US to launch a military intervention in the embattled country.

Speaking to the BBC’s Nick Bryant, he said he would “evaluate all options” to oust President Nicolás Maduro.

Last week he launched a failed attempt to spark a military rebellion and force Mr Maduro out of power.

The president responded by delivering an address from an army base in Caracas, flanked by soldiers.