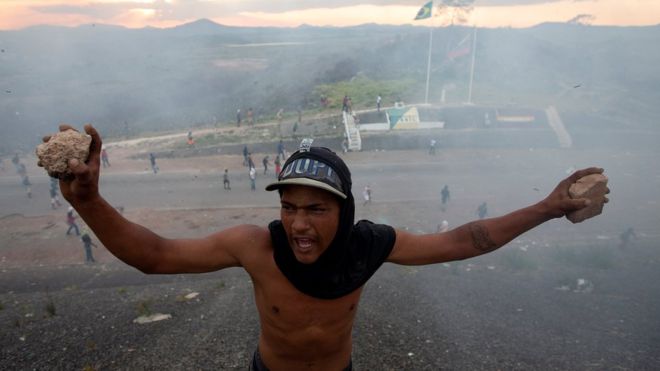 Mr Guaidó, who has been recognised as interim leader by more than 50 countries, has called on other nations to consider “all measures” to oust Mr Maduro after opposition-led efforts to bring in aid descended into clashes.