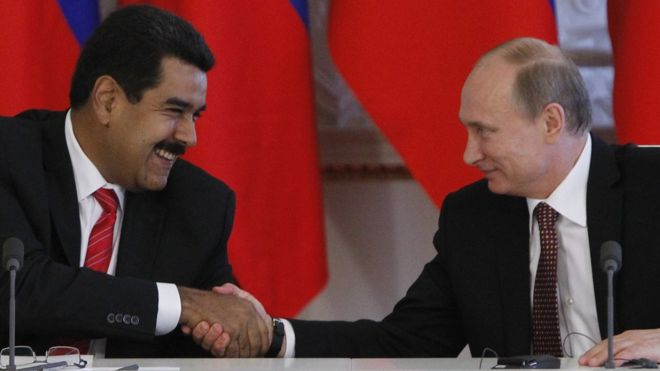 President Nicolas Maduro is funneling cashflow from Venezuelan oil sales through Russian state energy giant Rosneft as he seeks to evade U.S. sanctions designed to oust him from power, according to sources and documents reviewed by Reuters.

The sales are the latest sign of the growing dependence of Venezuela’s cash-strapped government on Russia as the United States tightens a financial noose around Maduro, who it describes as a dictator.

With its economy reeling from years of recession and a sharp decline in oil production, Venezuela was already struggling to finance imports and government spending before Washington imposed tough restrictions on state oil company PDVSA in January.

Oil accounts for more than 90 percent of exports from the OPEC nation and the lion’s share of government revenues. Maduro has accused U.S. President Donald Trump of waging economic war against Venezuela.