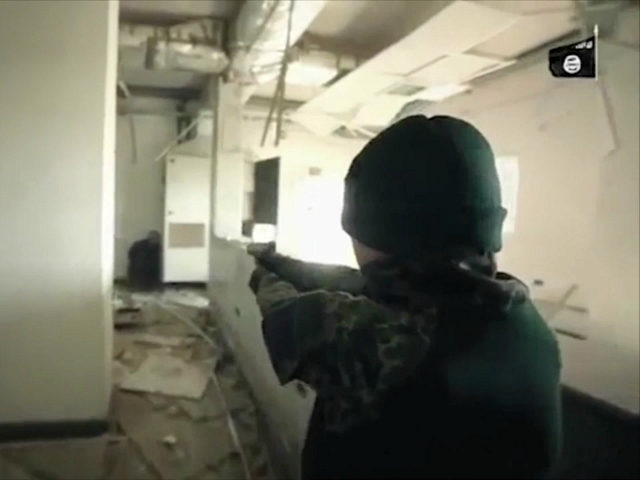 A shocking Islamic State propaganda video shows a group of pre-pubescent children hunting down prisoners in an abandoned building before executing them.

In a film released by ISIS’s Al Hayat News Agency, armed boys known as the “Cubs of the Caliphate” can be seen checking each room in what initially appears to be a standard combat drill.

Rather than practicing with artificial targets, the children shoot down real captives, who despite being handcuffed try to avoid execution by moving from room to room.

According to Sky News, who refused to show the full footage due to its graphic nature, prisoners are shown begging for mercy and screaming in agony, before all of them are finally killed.