‘We can’t take any more!’ Germany stops ALL trains from Austria as they reintroduce border controls and temporarily suspend Schengen Agreement 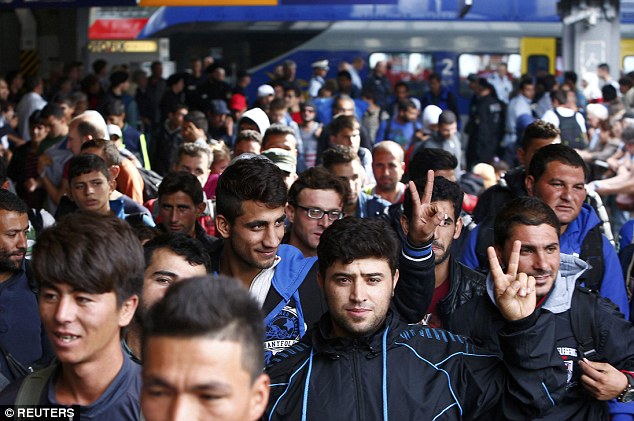 Germany’s open-door policy to refugees appeared to be unravelling tonight following the country’s reinstatement of border controls to curb the overwhelming influx of migrants.

Europe’s top economy halted all trains from Austria and, in an historic move, temporarily suspended the open borders Schengen agreement in response to the arrival of tens of thousands of Syrian refugees in recent days.

The decision marks a dramatic shift away from the current abolishment of passport checks throughout Europe’s Schengen zone.