‘We want food!’, Venezuelans cry at protest near presidency 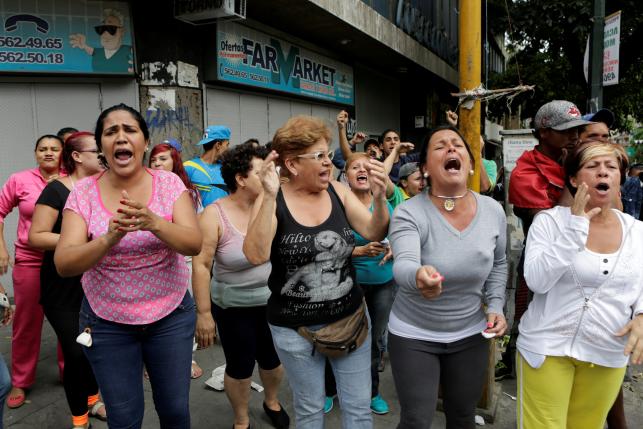 Hundreds of angry Venezuelans heading toward Miraflores palace in downtown Caracas were met by National Guard troops and police who blocked a major road.

President Nicolas Maduro, under intense pressure over a worsening economic crisis in the South American nation of 30 million, had been scheduled to address a rally of indigenous groups nearby around the same time.

The protest spilled out of long lines at shops in the area, witnesses said, after some people tried to hijack a food truck.