With almost all votes in, Netanyahu-led right wins decisively 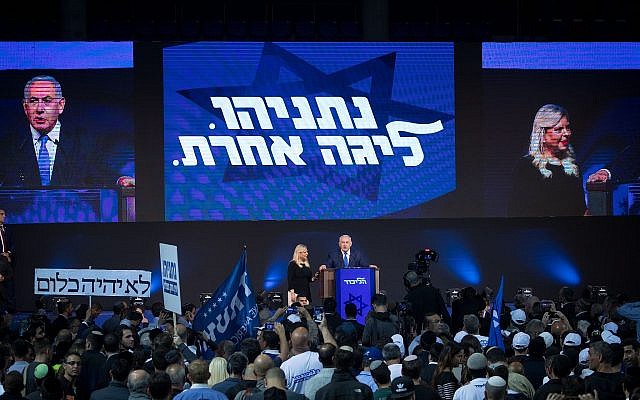 Prime Minister Benjamin Netanyahu clinched a clear electoral victory Wednesday morning, with some 97 percent of votes showing his Likud party tied with Blue and White, but the right-wing bloc with a decisive lead and Netanyahu thus safely en route to forming a governing coalition.

With more than four million votes counted as of 9 a.m., Likud had snagged 26.27% of the vote, or 35 seats in the 120-seat legislature — the party’s best result since the 2003 election (when it won 38 seats under Ariel Sharon), and its best under Netanyahu.

Meanwhile Likud’s main rival in the election, the Blue and White party led by Benny Gantz and Yair Lapid, won 25.94% of the vote, which would also give it 35 seats.