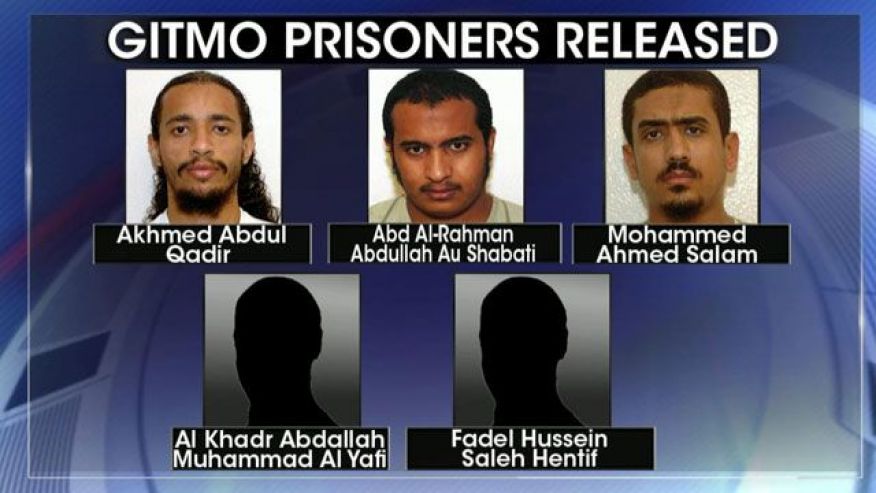 The Department of Defense announced Wednesday that five Yemeni terror suspects held at Guantanamo Bay have been released. But despite concerns from lawmakers about the risks of sending anybody back to Yemen, four were released to Oman — which is right next door.

Yemen is back in the spotlight in the wake of the Paris terror attacks. One of the suspects traveled there in 2011 and met with the radical American cleric Anwar al-Awlaki. Al Qaeda in the Arabian Peninsula, based in the region, claimed responsibility for the attacks.

Though the administration technically has lifted a ban on sending Guantanamo detainees to Yemen, the U.S. traditionally has balked at repatriating prisoners back to the country, where the government is battling the Al Qaeda insurgency.