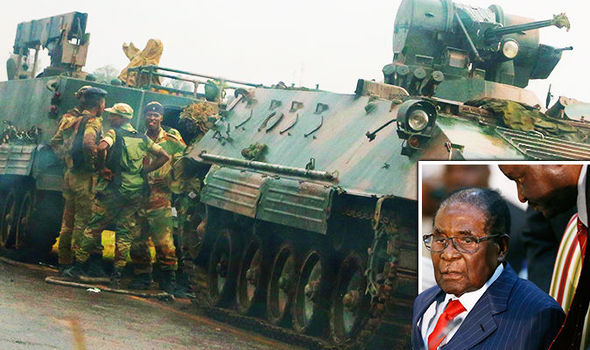 The Zimbabwean military’s takeover of power and detention of President Robert Mugabe “seems like a coup”, key regional bloc the African Union says.

The military denies staging a coup, saying that Mr Mugabe is safe and that it was acting against “criminals” surrounding him.

Their move follows a power struggle over who might replace Mr Mugabe.