Zimbabwe’s Robert Mugabe vows to stay on despite party pressure 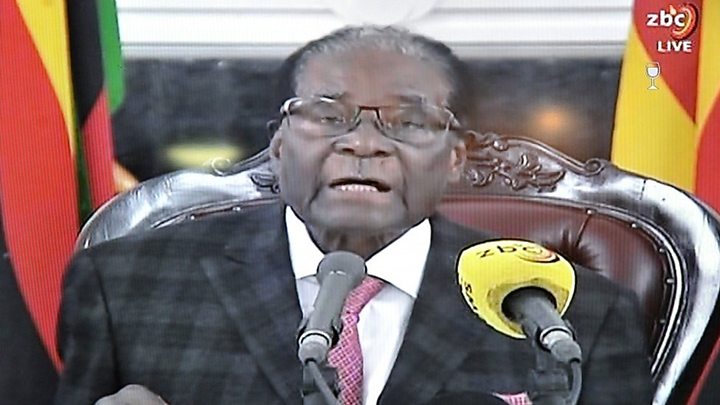 Zimbabwe’s embattled leader Robert Mugabe has vowed to stay in power for several weeks, despite mounting calls for him to stand down now.

In a live TV address, Mr Mugabe said he would preside over the ruling party’s congress in December.

Zanu-PF earlier sacked him as party leader, and gave him less than 24 hours to resign as president or be impeached.

His grip on power has weakened since the military intervened on Wednesday, in a row over who should succeed him.

The crisis began when the 93-year-old president sacked his deputy, Emmerson Mnangagwa, two weeks ago, angering army commanders who saw it as an attempt to position his wife as his successor.