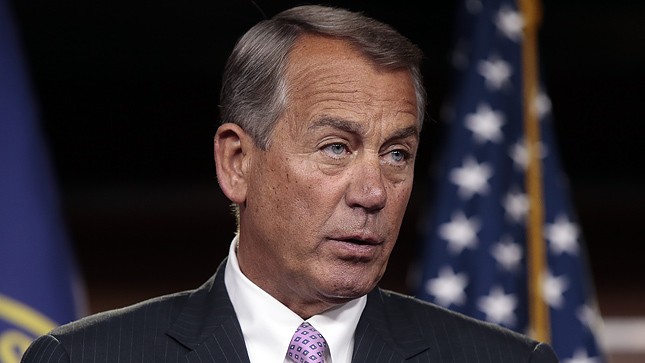 After defeating a rebellion by 25 conservative Republicans this week, Speaker John Boehner (R-Ohio) on Thursday declared himself “the most anti-establishment Speaker” in history.

“During my years here when I voted, I had the eighth-most conservative voting record in the Congress, and it does pain me to be described as spineless or a squish,” Boehner told reporters. “But what pains me the most is when they describe me as the establishment.

“I’m the most anti-establishment Speaker we’ve ever had.