by The Associated Press
November 5, 2014 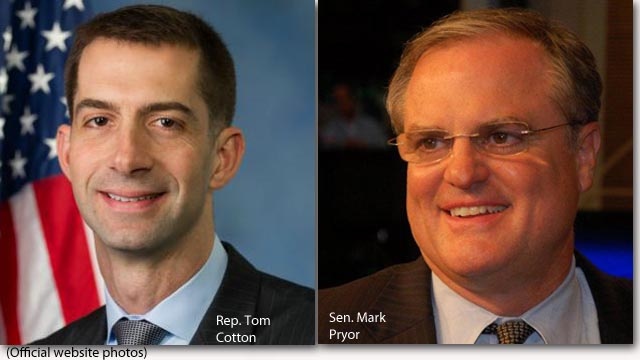 Democrats lost a Senate seat in Arkansas as Republicans inch closer to their goal of a Senate majority. Republican Tim Cotton foiled Sen. Mark Pryor’s bid for a third term by tying the incumbent to President Barack Obama, who is unpopular in the state.

Earlier in the evening, the Republican Party won an open seat in West Virginia to replace retiringDemocrat Jay Rockefeller. Republicans need a net gain of six seats to win control of the Senate. Thirty-six seats are up.

Among the early Republican winners was Mitch McConnell of Kentucky. The top Senate Republican is in line to be majority leader if his party takes over.