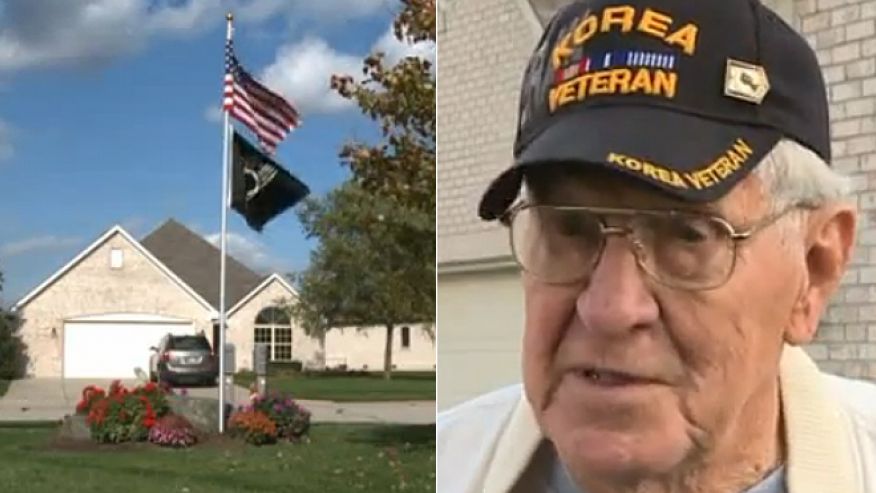 An elderly veteran and his wife say there’s “absolutely no way” the flagpole outside their Indiana home is coming down, despite threats from a homeowners association — and a local prosecutor intends to back them in court if necessary.

Bob and Judy Willits insist they intend to fight multiple letters from the Fieldstone Homeowners Association regarding the American and POW/MIA flags outside their Greenfield home. The couple was first told in early September that the freestanding patriotic display wasn’t welcome since it wasn’t mounted to the home.

“We have absolutely no plans to take it down,” Judy Willits told FoxNews.com on Tuesday. “It would be kind of a bloody situation if we had to take the flag down at this point.”

Judy Willits said her 82-year-old husband served four years during the Korean War and now suffers from Parkinson’s disease, as well as a lung ailment that limits his mobility. She said they wanted to show their devotion to the country and sense of community when they first put up the flags around July Fourth.