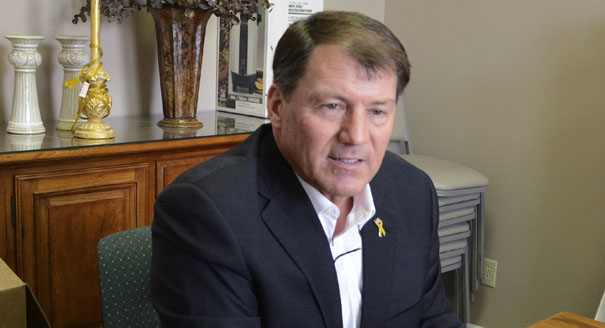 Republicans in Washington are growing so confident about their chances in South Dakota that they want to pull the rest of their cash from the unusual four-way Senate race there.

With polls showing Republican Mike Rounds holding a steady lead in the race, the National Republican Senatorial Committee plans to cancel roughly $346,000 in ad spending on his behalf, an official with the group told POLITICO. That amount is all that is left from the $1.5 million to $2 million the NRSC budgeted to spend in South Dakota after polls showed that Rounds suddenly was in a tight race just a few weeks ago.

Rounds initially resisted running attack ads on the air, but eventually he — along with the NRSC — blasted his two main foes, independent Larry Pressler and Democrat Rick Weiland, as too liberal for the conservative state in a hard-hitting ad campaign.

Fresh public polling suggests Rounds is holding a strong lead, with a Mason-Dixon poll finding the former governor up 9 points over his next closest foe, Weiland, and an NBC News-Marist poll Sunday concluding that the Republican was leading by 14.