Itâ€™s the people’s seat, and it’s up for grabs

The policy differences between Democrat Martha Coakley and Republican Scott Brown were as clear during last nightâ€™s debate as they have been throughout this short special-election campaign.

Coakley supports ObamaCare, opposes the war in Afghanistan, and favors higher taxes on the wealthy. Brown is against the health care legislation, backs the presidentâ€™s surge in Afghanistan, and wants across-the-board tax cuts Ã  la JFK. Coakley is an EMILYâ€™s List prochoice hard-liner; Brown condemns partial-birth abortion and is backed by Massachusetts Citizens for Life. Coakley has no problem with civilian trials for Khalid Sheikh Mohammed. Brown thinks it reckless to treat enemy combatants like ordinary defendants.

But the most striking thing about the debate was not that the very liberal Democrat and the not-especially-conservative Republican disagreed on the issues. It is that they are both viable candidates in a race too competitive to call. In Massachusetts!

When Ted Kennedy died five months ago, who would have guessed that the contest to replace him would be anything but a slam-dunk for the Democrats? Yet there was no slam-dunk on that stage last night, and the race certainly doesnâ€™t feel like a slam-dunk now.

â€œItâ€™s not the â€˜Kennedy Seat,â€™ â€™â€™ Brown has been reminding Coakley lately. â€œItâ€™s the peopleâ€™s seat.â€™â€™ Amazing thing is, he could be right.

43% Not Sure Which Party to Trust On Ethics Issues 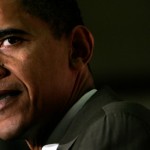 Obama to announce TARP fee on banks on Thursday