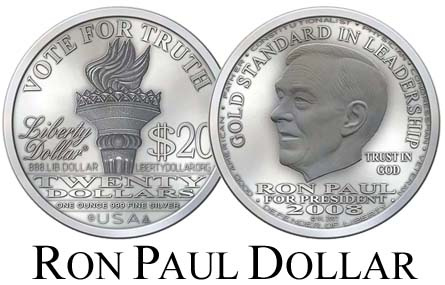 The former head of an Evansville-based company that tried to introduce a currency that competed with the U.S. dollar has been found guilty of federal charges in North Carolina.

Bernard von NotHaus, 67, was convicted Friday by a federal jury of making, possessing and selling his own coins, said Anne M. Tompkins, U.S. attorney for the Western District of North Carolina.

The guilty verdict concluded an investigation that began in 2005 and involved the minting of Liberty Dollar coins with a current value of about $7 million.

Von NotHaus developed the liberty dollar in 1998 as an “inflation-proof” alternative currency to the U.S. dollar, which he claimed has devalued since the Federal Reserve was established in 1913.