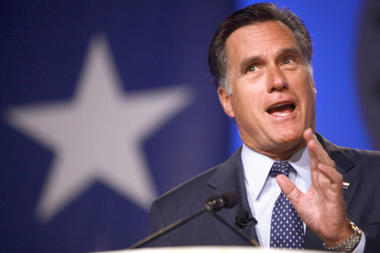 From ABC NEWS The Note

In the first ever “straw poll” of New Hampshire Republican party committee members sponsored by ABC News and WMUR and sanctioned by the state Republican party, ex-Massachusetts Gov. Mitt Romney took 35 percent of the 276 valid ballots cast. This is just 3 percent more than Romney took in the 2008 GOP primary, when he finished in second place behind Sen. John McCain, R-Ariz.

Coming in a distant second was Rep. Ron Paul, R-Texas, with 11 percent. Paul took 8 percent in the 2008 GOP primary.

Minnesota Gov. Tim Pawlenty, who is spending the early part of next week in the Granite State, came in third with 8 percent.

In fourth place was ex-Alaska Gov. Sarah Palin, who has yet to visit the first-in-the-nation-primary state, with 7 percent.

This is by no means a scientific sample, but it was a good early canvass of the sentiments of the state’s most active Republican voters.

The “straw poll” was open only to the 426 registered members of the Republican committee, and 65 percent of those commitee members participated.