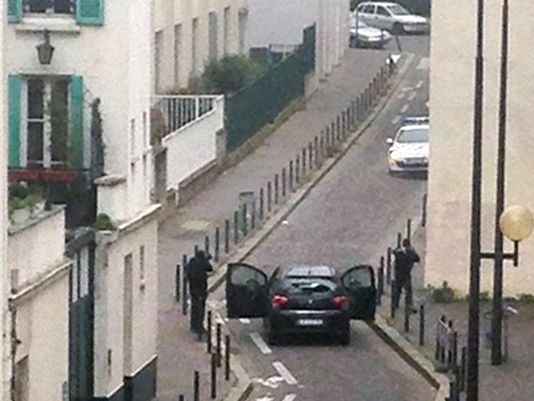 The two gunmen armed with Kalashnikovs fled in a stolen car in the Paris suburb after exchanging gunfire with police at the scene, killing one, France24 reports.

Video shot from a second floor window shows the pair calmly getting inside the dark-colored vehicle in the middle of the street before driving away. Police said the car was later founded abandoned in the nearby 19th district in northeastern Paris.