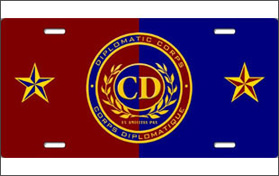 BANDERA, Texas — The Bandera County Sheriff’s Office issued a warning Thursday to citizens about an anti-government movement known for acts of domestic terrorism.

The law enforcement agency said followers of The Sovereign Citizens Movement have been known to carry out violent acts, including killing law enforcement officers and other public servants.

“We have domestic terrorism right at our doorstep,” said Capt. Charlie Hicks of the Bandera County Sheriff’s Office.

Hicks said while there’s no evidence Vann’s death had any links to the Sovereign Citizens, it’s the same type of crime followers are known for.

For example, in last May, a father and his teenage son opened fire on two police officers with an assault rifle during a routine traffic stop in West Memphis, Ark. News reports said the incident was sparked by the suspects’ refusal to present a valid driver’s license. The officers were killed in the shootout and the father and son died in a second shootout with officers a short time later.