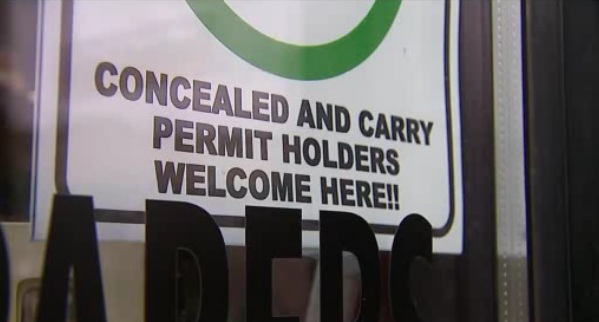 Bret Eulberg is the owner of Robert Haack Diamonds at 76th and Layton in Greenfield. He made a choice to say he would prohibit concealed weapons in his store. But now, he’s receiving angry phone calls and messages threatening a boycott.

“We’re getting phone calls saying we’re not going to come to your store supporting you because you’re against gun rights. We’re not against gun rights, my contention is if a bad guy’s in my store and you’re a good samaritan in my store and you see the bad guy whipping out the gun, we already have security procedures in place to protect ourselves,” said Eulberg Friday.

Eulberg says it’s a practical, not a political stance that he’s taking. He says he simply does not want firearms inside of a jewelry store where customers can negotiate prices.

Danielle Haber owns “Booked Solid.” The takes the position opposite of Eulberg.