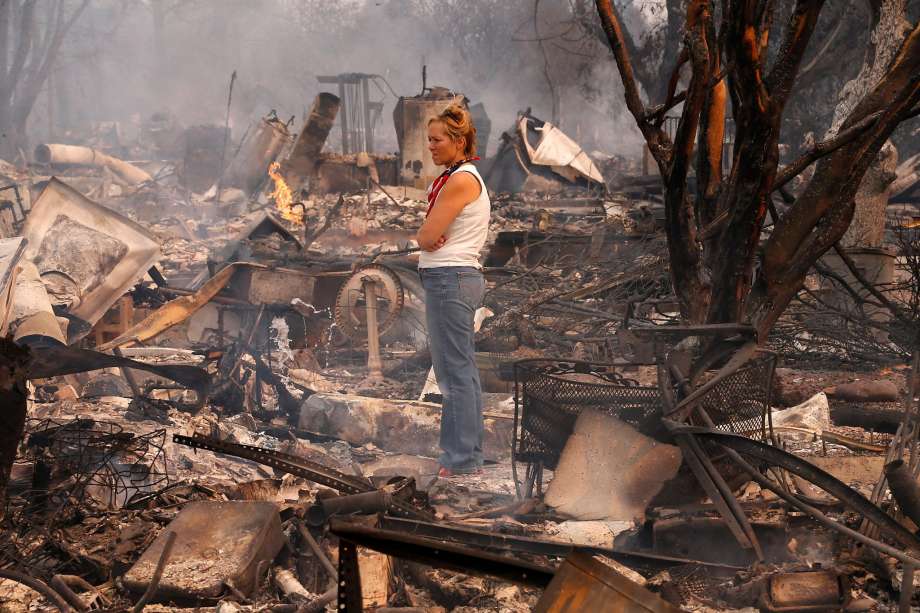 A swarm of fires supercharged by powerful winds ripped through Napa, Sonoma and Mendocino counties Monday, killing at least 10 people, injuring dozens of others, destroying more than 1,500 homes and businesses, and turning prominent wineries to ash.

Starting in the middle of the night, the fires hopscotched across neighborhoods, raced across fields and jumped freeways. Wind gusts up to 70 mph pushed walls of flames nearly 100 feet high, throwing embers ahead like hot fingers into strip malls and subdivisions. Many people who fled the surge had enough time to grab car keys, perhaps a pet, but not much more.

And some didn’t get out. Sonoma County sheriff’s officials said seven people had died in that county. Two people died in a blaze in Napa, state fire officials said. A 10th person was killed in Mendocino County.

Facing one of the most damaging series of blazes in modern California history — fires that left thousands of evacuees in scores of emergency shelters and parts of the wine industry potentially crippled — Gov. Jerry Brown declared a state of emergency for Napa and Sonoma counties as well as fire-struck Yuba County. The move will make it easier for local and state officials to secure government aid.Fore