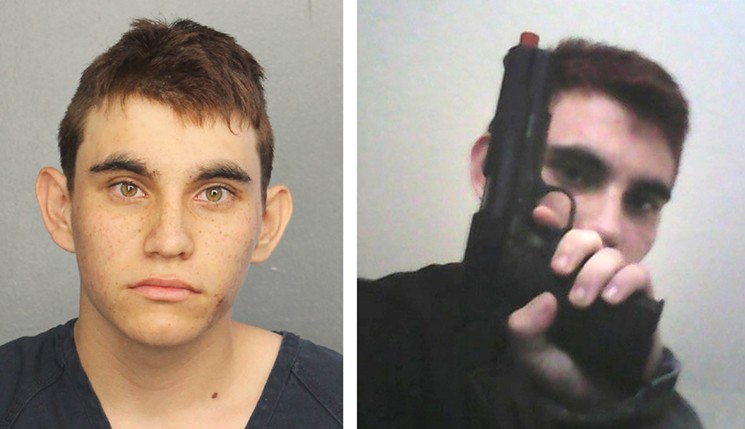 After firing more than 100 shots at students and teachers, accused Parkland, Florida, school shooter Nikolas Cruz discarded his rifle, slipped out in a crowd of fleeing students and headed to Walmart.

He ordered a drink at the Subway inside the store and then walked to nearby McDonald’s. Later, walking down the street, he was arrested by an alert officer who recognized his description.

Cruz, who has confessed to detectives, arrived at the school in an Uber car at 2:19 p.m. Wednesday.

As he walked through the school, shooting students, teachers and staff, he fired “well over” 100 shots but less than 150, according to a law enforcement source.

“Cruz stated that he was the gunman who entered the school campus armed with a AR-15 and began shooting students that he saw in the hallways and on the school grounds,” states a report from the Broward Sheriff’s Office. “Cruz stated that he brought additional loaded magazines to the school and kept them hidden in a backpack until he got on campus to begin his assault.”