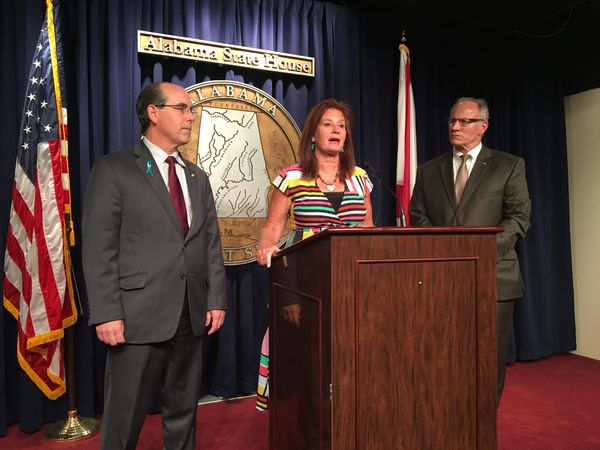 Alabama lawmakers aiming to challenge abortion rights nationally are one step from their goal of putting an almost total ban on the procedure into state law.

The Senate tonight voted 25-6 to pass a bill to make it a felony for a doctor to perform an abortion. The bill is a priority for the Legislature’s Republican majority. Tonight’s vote sends it to Republican Gov. Kay Ivey, who could sign it into law.

Lori Jhons, Ivey’s deputy press secretary, said in an email tonight that Ivey would not comment on the bill until she’s had a chance to thoroughly review it.

The bill passed exactly as it was introduced by Rep. Terri Collins, R-Decatur, about six weeks ago. It includes only one exception — to allow abortions in cases of a serious health risk to the woman. The goal is to trigger a legal challenge to Roe v. Wade.