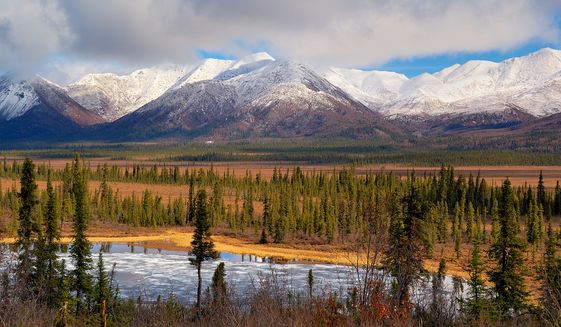 There’s fury brewing in Alaska. The Obama administration’s plan to designate 12.2 million acres of the state’s public land as pristine wilderness sounds nice, but the vast parcel also happens to contain Alaska’s richest oil and natural gas prospects on the Arctic coastal plain. While environmentalists celebrate and Interior Dept. Secretary Sally Jewell calls the gorgeous land “one of the nation’s crown jewels,” the state’s Republican lawmakers and governor are not disguising their disgust. The decision, they say, will have long lasting impact on Alaska’s economy and energy security.

Sen. Lisa Murkowski calls the plan “a stunning attack on our sovereignty,” adding, “I cannot understand why this administration is willing to negotiate with Iran, but not Alaska. But we will not be run over like this. We will fight back with every resource at our disposal.”

Sen. Dan Sullivan calls it all “outrageous,” later observing, “It is just one more example of President Obama thumbing his nose at the citizens of a sovereign state – and will put Alaska and America’s energy security in serious jeopardy.”