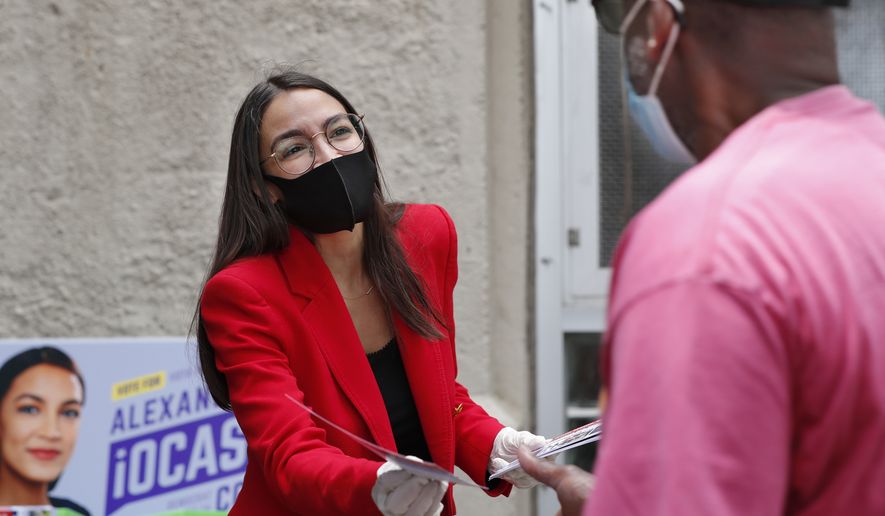 The sacking of Rep. Joe Crowley two years ago and the prospect of giving Rep. Eliot L. Engel the boot Tuesday in the New York Democratic primary has far-left activists dreaming big about the future.

So big, in fact, that liberals are kicking around the idea that Rep. Alexandria Ocasio-Cortez could launch a 2022 primary challenge against a titan of the Democratic Party establishment: Senate Minority Leader Charles E. Schumer.

“Just going to say something out loud that should be obvious: The fastest way to speed up the process of changing the corrupt, do-nothing, status-quo-protecting culture of the national Democratic Party is for @AOC to defeat @ChuckSchumer in a Democratic primary in 2022,” David Sirota, a senior adviser to Sen. Bernard Sanders’ presidential campaign, recently said in a post on Twitter.

Grassroots activists are looking for a successor to take up the mantle of far-left politics that Mr. Sanders, 78, carried in his two bids for the Democratic presidential nomination.