All Of Puerto Rico Without Power In Maria’s Brutal Wake 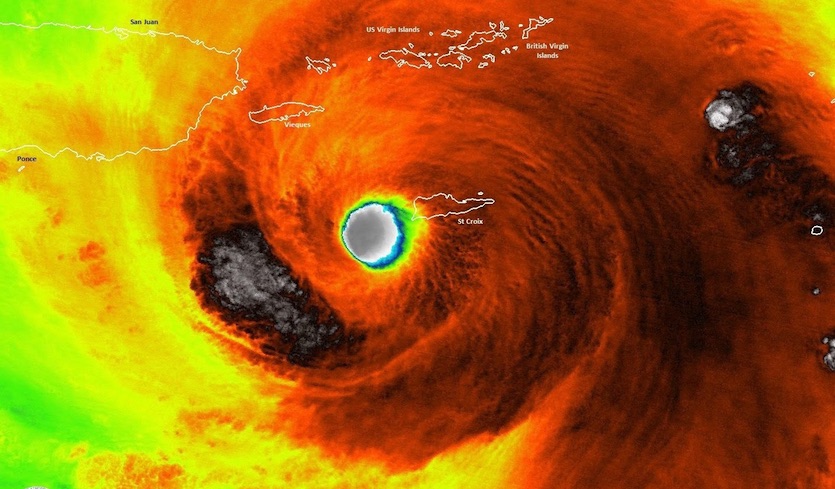 The eye of Hurricane Maria exited Puerto Rico on Wednesday afternoon, but only after carving a vicious path that toppled trees, sheared roofs, engorged rivers and obliterated the electric grid — cutting off power for the entire island of 3.5 million people.

By 2 p.m., the weakened storm had moved into open water but the danger was far from over.

The top winds were still clocking in at 115 miles per hour – still a major life-threatening Category 3 storm – and punishing rain was expected to drench Puerto Rico through the rest of the day. The U.S. National Weather Service was predicting up to 18 inches of rain through Friday, with “life-threatening flash floods and mudslides.” News footage showed the muddy Guayama River overflowing and rushing in a brown torrent down streets .