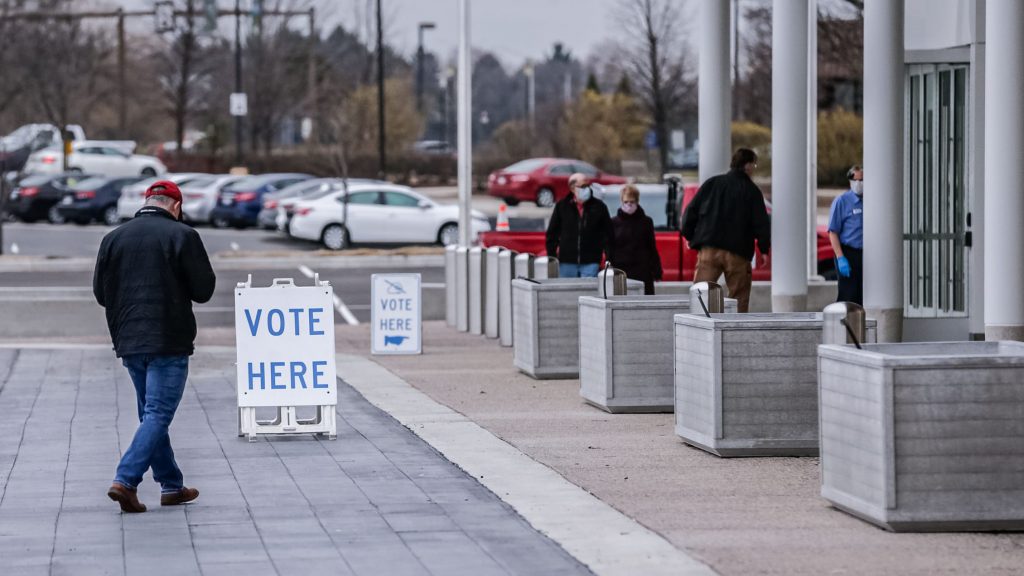 MADISON – In a sweeping decision that took more than three years to come out, a panel of federal judges on Monday reinstated limits on early voting and a requirement that voters be Wisconsin residents for at least a month before an election.

The three judges also banned most voters from having absentee ballots emailed or faxed to them and told a lower court to continue to tweak the system the state uses to provide voting credentials to those who have the most difficulty getting photo IDs.

The unanimous decision by the 7th Circuit Court of Appeals in Chicago was mostly a setback for the liberal groups that challenged Wisconsin’s voting laws, but it did give them some victories. The appeals court upheld a decision that allows college students to use expired university IDs to vote and barred the state from requiring colleges to provide citizenship information about dorm residents who head to the polls.

A lower court judge struck down many of Wisconsin’s election laws in 2016 because he found they disproportionately affected the ability of minorities to vote. But the appeals judges concluded GOP lawmakers wrote the laws to help their party, and not specifically to discriminate against anyone based on race.

“This record does not support a conclusion that the legislators who voted for the contested statutes cared about race; they cared about voters’ political preferences,” Judge Frank Easterbrook wrote for the unanimous court.

“If one party can make changes that it believes help its candidates, the other can restore the original rules or revise the new ones.”

The decision comes four months before the presidential election in one of the most closely watched states in the country. It imposes limits on when people can vote early in clerks’ offices just as election officials contend with the coronavirus pandemic that has changed the way people vote.

The appeals court heard arguments in the case in February 2017 and has given few signs since then of why it was taking so long to issue a decision. Appeals decisions typically take six to eight months and the election case was the oldest pending case on the 7th Circuit’s docket.

Monday’s decision stems primarily from a case brought by two liberal groups, One Wisconsin Institute and Citizen Action of Wisconsin Education Fund, that challenged more than a dozen election policies, including the state’s 2011 voter ID law.

In 2016, U.S. District Judge James Peterson in Madison ruled in favor of those groups by striking down restrictions on early voting and several other laws that he concluded discriminated against minorities. Peterson also ordered the state to change the system it used to provide voting credentials to those who don’t have birth certificates or other documents that would allow them to easily get a photo ID they could use to vote.

The appeals court overturned parts of Peterson’s decision, upheld others, and found that more proceedings were needed to determine how to treat those who have the most difficulty getting IDs.

In the most significant part of its decision, the appeals court put back in place a law that limits early voting to about two weeks before an election. In recent years, Milwaukee and Madison have allowed many more weeks of early voting.

“We do not see a substantive problem with days-and-hours limitations,” Easterbrook wrote. “They leave all voters with equal opportunities to participate.”

The appeals court also reinstated a requirement that voters maintain residency for at least 28 days before casting a ballot for most offices. Voters who move to a new house or residence during that time would have to vote absentee from their old address under the appeals court’s ruling.

Under the appeals decision, members of the military can receive absentee ballots by fax or email, but other voters cannot.

In one victory for those who brought the lawsuit, the appeals court agreed with Peterson that students could use expired college IDs to vote. And the appeals court also went along with the lower court ruling that said the state could not require universities to provide citizenship information about students living in dorms. (Such a requirement would violate federal privacy laws for students, the appeals court found.)

Monday’s decision also dealt with a separate challenge to the voter ID law that was heard by U.S. Judge Lynn Adelman in Milwaukee. The appeals court had already blocked a ruling by Adelman that would have allowed people to vote without an ID if they signed an affidavit. It gave a final reversal to Adelman’s decision with Monday’s ruling.

The appeals court said a single judge should decide what happens with the cases next, rather than having Adelman and Peterson continue to handle each case individually. It did not say which judge would handle them from now on.

Other litigation is ongoing over what voting rules should be in place during the coronavirus pandemic. Monday’s ruling could limit what changes emerge from those lawsuits.

Ben Wikler, chairman of the state Democratic Party, called the decision an “assault on democracy.”

“There is no low they aren’t willing to stoop to to grab power,” Wikler said of Republicans in a statement.

“Wisconsin already has some of the most permissive election laws in America and today’s ruling ensures that Wisconsinites have equal access to the polls regardless of where they live,” Hitt said in a statement.