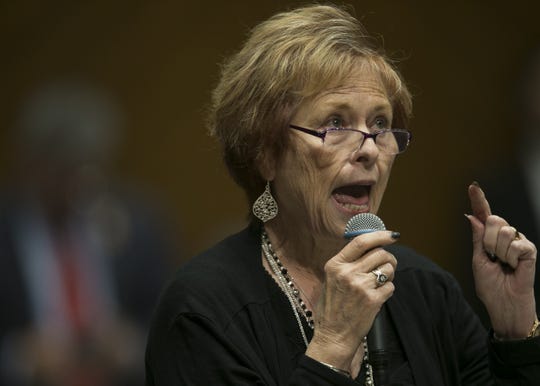 During a speech to Republicans earlier this month, Allen said America would “look like South American countries very quickly” and warned that immigrants were “flooding” the United States at a rate that didn’t allow for them to “learn the principles of our country,” according to audio published by the Phoenix New Times on Friday.

“We have a right in our country to have people come in an organized manner so we know who’s coming, so we can provide jobs for them, so we can provide education for them and health care and all these things people need,” she said.