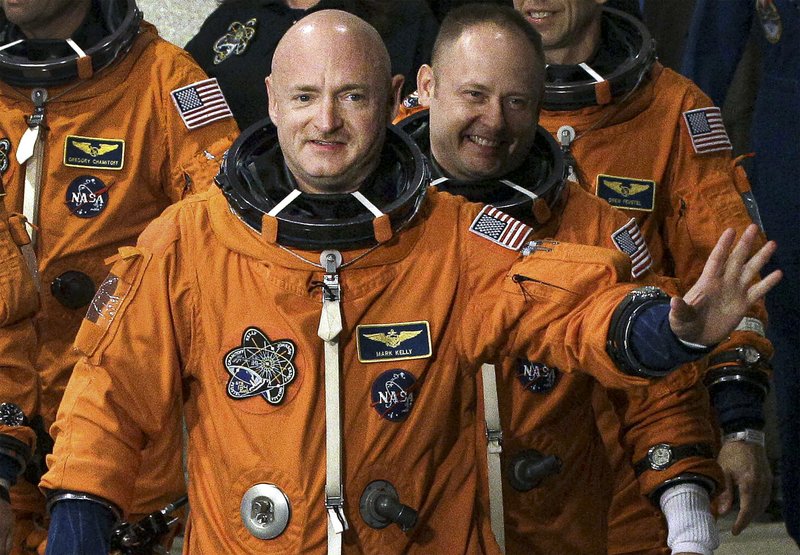 PHOENIX (AP) — If Arizona Democrat Mark Kelly wins a seat in the U.S. Senate, he could take office as early as Nov. 30, shrinking the GOP’s Senate majority at a crucial moment and complicating the path to confirmation for President Donald Trump’s Supreme Court nominee.

Kelly has maintained a consistent polling lead over Republican Sen. Martha McSally, who was appointed to the seat held by John McCain, who died in 2018.

Because the contest is a special election to finish McCain’s term, the winner could be sworn in as soon as the results are officially certified. Other winners in the November election won’t take office until January.

Trump has pledged to nominate a replacement for Justice Ruth Bader Ginsburg, a liberal icon who died Friday, and Senate Majority Leader Mitch McConnell vowed that Trump’s nominee “will receive a vote on the floor of the United States Senate.”

If Kelly wins, the timing when he formally takes office could be crucial in determining who replaces Ginsburg. It could eliminate a Republican vote in favor of Trump’s nominee — the GOP currently has 53 seats in the 100-member chamber — or require McConnell to speed up the nomination process.

With McSally in the Senate, four GOP defections could defeat a nomination, while a tie vote could be broken by Vice President Mike Pence.

McSally quickly laid down a marker, declaring on Twitter within hours of the announcement of Ginsberg’s death that “this U.S. Senate should vote on President Trump’s next nominee for the U.S. Supreme Court.”

She has not elaborated on whether the confirmation vote should come before or after the election. But she highlighted the renewed stakes of her race in a fundraising pitch on Saturday.

“If Mark Kelly comes out on top, HE could block President Trump’s Supreme Court Nominee from being confirmed,” she wrote.

Democrats in 2018 found success in Arizona, a state long dominated by the GOP, by appealing to Republicans and independent voters disaffected with Trump. The Supreme Court vacancy could shake up the race and boost McSally’s lagging campaign by keeping those voters in her camp.

Kelly said late Saturday that “the people elected to the presidency and Senate in November should fill this vacancy.”

“When it comes to making a lifetime appointment to the Supreme Court, Washington shouldn’t rush that process for political purposes,” Kelly said in a statement.

Republican and Democratic election lawyers agreed that Arizona law is clear: If Kelly wins, he will take office once the results are official.

Arizona law requires election results to be officially certified on the fourth Monday after the election, which falls this year on Nov. 30. The certification could be delayed up to three days if the state has not received election results from any of the 15 counties.

Mary O’Grady, a Democratic lawyer with expertise in election law, said the deadlines are firm and there’s little room for delay.

“Usually, the Secretary of the Senate’s office goes out of its way to accommodate the new senators coming in,” former Senate Historian Don Ritchie told The Arizona Republic, which first reported on the prospect for Kelly taking office early a day before Ginsburg’s death. “The old senator is out of their office there. I mean, they actually literally put a lock on the door so their staff can’t go in.”