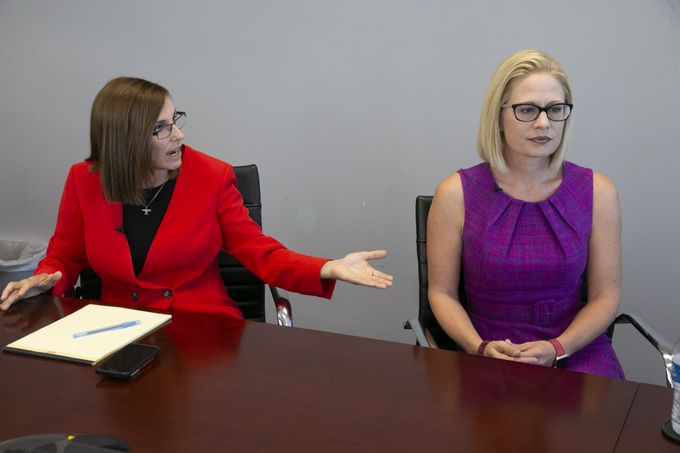 The Arizona State Troopers Association this week withdrew its endorsement of U.S. Rep. Kyrsten Sinema in the heated U.S. Senate race after members said they weren’t properly consulted on the matter.

The association, which represents Arizona Department of Public Safety employees and retirees, had endorsed Sinema in the past three federal elections.

Sinema, a Democrat, is running against Republican U.S. Rep. Martha McSally in a nationally watched race that’s basically neck and neck and has become increasingly heated as Election Day nears.

This year, some members told The Arizona Republic that the association’s executive board voted to endorse Sinema without their input.