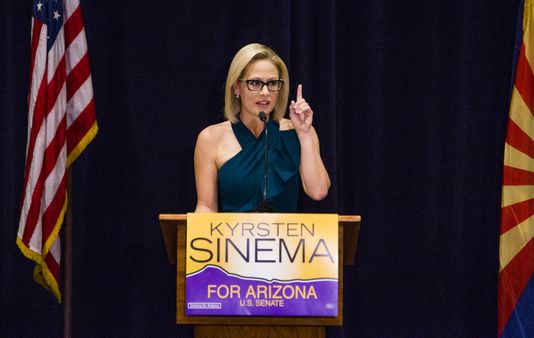 Speaking to more than 100 supporters at the Omni Scottsdale Resort & Spa at Montelucia in Scottsdale, Sinema, 42, said the challenge for Arizonans is to heal and unite around love of country.

Republican rival Martha McSally conceded the race during a phone call to Sinema Monday evening after a week of painstaking ballot-counting that saw her narrow Election Day lead slip into a 38,000-vote advantage for Sinema.