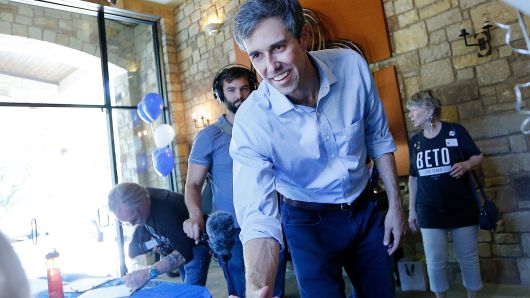 Democratic rising star Beto O’Rourke’s team has been fielding calls from senior operatives who worked on President Barack Obama’s campaign in the pivotal states of Iowa and New Hampshire as the Texas congressman considers running for president in 2020, CNBC has learned.

Led by chief of staff David Wysong, O’Rourke’s inner circle has been engaging with political players from the states, which hold the earliest contests of the presidential primary season. These people include leaders of Obama’s campaign operations in the states, according to multiple people with knowledge of the conversations.

While people close to O’Rourke insist that the discussions have not led to any hires, a former senior Obama administration official, who spoke on the condition of anonymity, said it is clear O’Rourke will have the consultants in place to help guide him if he chooses to make a run for the White House.

“This is the phase for someone exploring a presidential campaign in that they’re doing everything they can to decide who they may want to run an organization and who they could turn to if he enters the race,” the former Obama aide said.