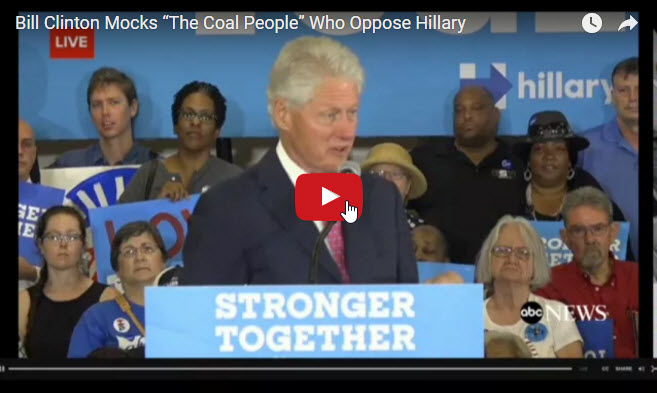 Clinton added that “they all voted for me. I won twice, and they did well.”

“They blame the president when the sun doesn’t come up in the morning now.”