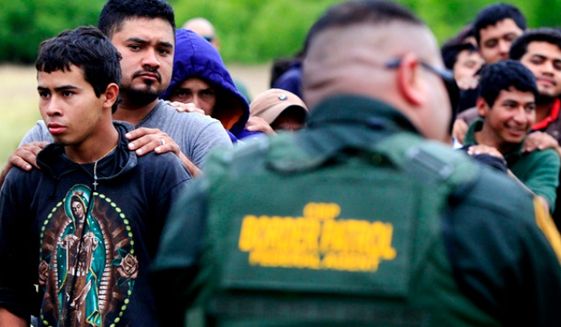 The Border Patrol says it’s been forced to release a drunk driver back onto the streets, and nearly missed out on nabbing a fake UPS delivery van carrying 77 illegal immigrants — all because California’s new sanctuary city laws have soured cooperation between police and federal authorities.

In the drunk driving case a local police department said it couldn’t respond to agents who’d pulled over the drunk driver, since it began as an immigration stop. They said it would violate the state’s sanctuary law limiting their ability to work with border or interior agents, Rodney S. Scott, chief patrol agent of the Border Patrol’s San Diego Sector, told a federal court.

In the other case the 77 illegal immigrants were likely only nabbed because an agent happened to stop to help a highway patrol officer who’d pulled over the fake truck, Agent Scott said. He said the highway patrol was salty that the Border Patrol had even gotten involved.

Those were some of the details to emerge Wednesday as all sides began to grapple with the Trump administration’s new lawsuit challenging three of California’s sanctuary city laws.